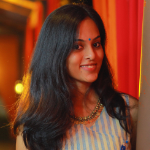 What Happens During the Twelfth Week of Pregnancy?

As you have reached the twelfth week of pregnancy, you are moving to the second trimester. Hence, the pregnancy symptoms you have would start to recede, and once you have reached this milestone, you can even inform others about your pregnancy. During this time, your little one would have taken a human form, and your body would be making the required adjustments. Here are the changes that happen during the twelfth week of pregnancy.

Unlike the previous weeks, your pregnancy symptoms associated with hormonal changes would recede. There would be an increased sense of smell, which happens due to the rise in estrogen.

Due to this, you would feel different types of smell, which might not be appealing to you all the time. Previously, your frequency of urination would be higher. However, it could become fewer during this time, and it can be helpful if you practice kegel exercises as well.

While you are pregnant, you might have occasional headaches, which happen when you have irregular eating habits. It leads to lowering the blood sugar level, which is one of the reasons leading to headaches. Similar to the previous weeks, you would have bloating, constipation, and other gastric issues. Even though it can be uncomfortable, it would start to decrease as you step into the second trimester. You can reduce these issues by having a high-fiber diet. Because of constipation, you might feel cramping and stomach pains. These issues occur because of the stretching of the ligaments with the expansion of the uterus.

Due to the placenta formation, which might have finished, you would feel fatigued. It is because your body would be utilizing the energy present in your body for placenta creation. Other than these changes, you would continue to face the changes that you had previously during the eleventh week. However, some of them would have receded. The vaginal discharge would be present during the twelfth week of pregnancy. These are some of the hormonal changes that can happen during the twelfth week of pregnancy.

Even though you might not feel yourself during this time, the uterus would have protruded over the pelvic bone. Here, the size of your uterus would have become large. Your uterus would start showing because there is no support available for your lower abdominal region. Although it is small, it would have a round shape. When it comes to the baby bump, it will vary from one person to another. It relies upon your health, your pregnancy, which means if it is the first or second pregnancy. It will also depend upon the number of children you are carrying.

Other than these changes, your breast would become larger, and your waist would thicken as you step into the twelfth week of your pregnancy. Since your first trimester is about to end, you would feel much better. However, you have to take care of yourself and your baby without any hesitation.

Now, your little one would be around 2.5 inches from crown to rump. Unlike the previous weeks, your kid would have formed all the vital organs, and other body functions would take place. Even though your kid is growing, your little one wouldn't weigh more than half an ounce. When you consider it, it is a pretty good weight for a fetus who is just twelve-week. During this time, the brain structure of your little one would be complete. Other than that, your baby's thyroid, pituitary gland, pancreas, and digestive tract muscles have developed. Your baby's pituitary gland would produce hormones, and the pancreas would be synthesizing insulin as well. Other developments happening in your baby's body include the development of the White Blood Cells by the bone marrow.

When it comes to your baby's heart, it would be functioning correctly, and the heartbeats would become clear. Now, your baby's reflexes get improved and would be in a position to move its toes and fingers. Other than that, your baby's eyes would be in their final position. If you have an ultrasound scan during the twelfth month of pregnancy, you can get an estimate of your due date. If you have a translucency scan, it will be beneficial in understanding if there are any chromosomal anomalies. One of the common conditions that affect babies is Down Syndrome. These are some of the developments happening in your baby during the twelfth week of pregnancy.

Tips to Take Care of Yourself During the Twelfth Week

During the twelfth week of pregnancy, you have to continue maintaining your healthy habits. Here are some tips that can help you during this time of pregnancy.

When you are in the twelfth week of pregnancy, you have to continue to take your prenatal vitamins. Ensure that you continue having 400 mg of folic acid every day till you complete your twelfth week. You have to speak with your doctor about continuing folic acid intake in the upcoming weeks. Along with this, you also have to include Vitamin D supplements regularly.

When you create a diet plan for your pregnancy, you have to include different food groups. It helps you in receiving the required nutrients and nourishments for you and your baby. It is best to bring in a good mix of fresh fruits and vegetables in your routine.

Other than that, you have to stay hydrated by increasing liquids in your diet. Even though you can have soups, smoothies, and other fluids, it is best to focus on drinking plenty of water. It is ideal to have water every half an hour as you take part in any activities. Try to have an eight-ounce glass of water regularly, which can help you stay hydrated. As you know, you need to have healthy food items. You have to avoid having specific types of food products as they might not be helpful for you. Some of them include products made from unpasteurized milk, such as soft cheese. It is because they can lead to the growth of pathogens like bacteria. Besides, you have to avoid having goat cheese, queso fresco, veined cheese, etc. They might not be helpful for your well-being while you are pregnant. You have to focus on having fibrous and nutrient-rich food items in your diet. Ideally, you have to reduce the intake of caffeine and processed food items. You can speak with a dietician and create a diet plan that you can follow during this time.

Focusing on Your Physical Health

Similar to the previous weeks, exercising for 150 minutes can be beneficial for your well-being. You can consider walking, pregnancy aerobics, yoga, and other moderate activities. It is best to perform those activities that can take your heart rate up. If you are not someone who is into exercising, you can always do it with your partner or friend. Another excellent option would be joining a class as it would help you to connect with women who are also pregnant. However, if you feel any discomfort, you can always speak with your doctor. Some days, you might not be in the mood for exercise. Remember that it is perfectly alright as you don't have to pressurize yourself. You know that your body is creating another person. Hence, it might not always be easy for you to wear your sweatpants and start moving.

Work on Your Mental Health

Mental health, as you know, is yet another significant component that you have to focus on. You might not be having any previous psychological issues. But, when you are pregnant, you might slip into confusion and start worrying a lot about your baby. You might be considering how you would take care of your little one. These thoughts and other stressful events can pave the way for depression, which is common during pregnancy. Hence, it is always best to keep track of your mental health and seek assistance when you find it necessary.

Other than the tips mentioned above, here are a few more factors to consider during the twelfth week of pregnancy. They include: